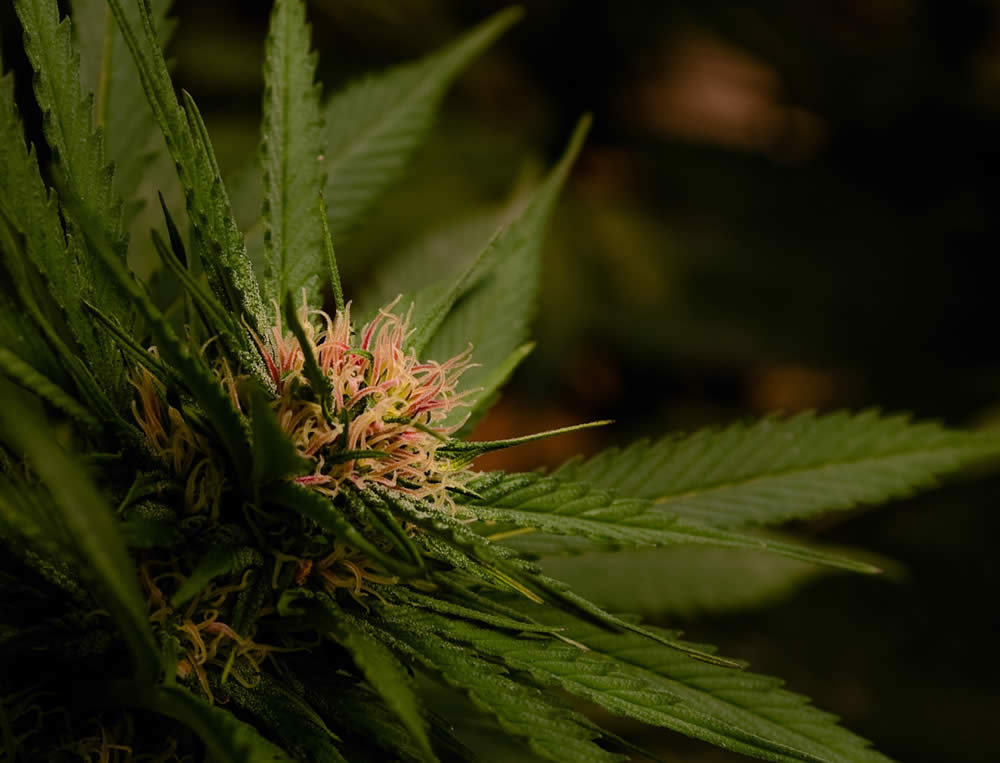 Twenty-three states around the country have legalized medical marijuana and experts are changing their minds too. Just recently, CNN’s Chief Medical Correspondent Sanjay Gupta reversed his opinion and looked more positively at the medical benefits of marijuana. While the issue of recreational marijuana is contentious, many believe that the drug should be legal for medical purposes.

Marijuana has two active chemicals that researchers believe have medicinal applications. There is cannabidiol (CBD), which impacts the brain without a high and tetrahydrocannabinol (THC) which has pain relieving properties. Based on these known properties and studies, experts are of the opinion that the following are the health benefits of marijuana:

Can be used to Treat Glaucoma

According to the National Eye Institute, studies in the early 1970s showed smoking marijuana lowered intraocular pressure (IOP) in people with normal pressure and those with glaucoma. These effects of the drugs may slow the development of glaucoma, an eye condition which increases pressure in the eyeball, damaging optic nerves and causing blindness.

It could be possible that the increased lung capacity is not due to the therapeutic components of marijuana but maybe due to taking deep breaths while inhaling the drug.

In a 2003 study, findings of which were published in the Journal of Pharmacology and Experimental Therapeutics, showed that marijuana use can prevent epileptic seizures.

The study was conducted by Robert J. DeLorenzo of Virginia Commonwealth University, who administered marijuana extracts to epileptic rats. The drugs, with their chemical contents, rid the rats of seizures for about 10 hours affirming that cannabinoids, the active ingredients in marijuana, tetrahydrocannabinol, controlled the seizures by binding to the brain cells responsible for controlling excitability and regulating relaxation.

Charlotte Figi has Dravet Syndrome, and her parents are giving her marijuana to treat her seizures. While doing research for his documentary “Weed,” Gupta interviewed the Figi family, whose 5-year old daughter Charlotte, is afflicted with Dravet Syndrome which causes seizures and severe developmental delays. Charlotte was being treated using a medical marijuana strain high in cannabidiol and low in THC.

The study shows that the drug has lessened her seizures from 300 a week to just one every seven days. The same experiment using a similar strain has been conducted on forty other children and the drug seems to be working. According to doctors who recommended this treatment, the cannabidiol in the plant interacts with the brain cells to temper the excessive activity in the brain that causes seizures.

Researchers at California Pacific Medical Center in San Francisco reported in 2007 that cannabidiol (CBD) may help prevent cancer from spreading. In his documentary “Weed”, Gupta mentioned a number of studies in the US, Spain and Israel which indicate that CBD could even kill cancer cells.

In the study published in the journal Molecular Cancer Therapeutics, cannabidiol stops cancer by turning off a gene called Id-1. Researchers studied breast cancer cells in the lab that had high expression levels of Id-1 and treated them with cannabidiol. The cells had decreased Id-1 expression and were less aggressive spreaders after the research.

At Harvard Medical School, researchers suggested in a 2010 study that some benefits of marijuana was that it reduced anxiety, which would improve the smoker’s mood and act as a sedative in low dosage. Users on medical marijuana claim the drug helps relieve pain and suppress nausea, which are the two main reasons it is used to relieve the side effects of chemotherapy.

A study headed by Kim Janda of the Scripps Research Institute, indicates that marijuana has the capability to slow the progression of Alzheimer’s disease. Published in the journal Molecular Pharmaceutics, the 2006 study found that THC slows the formation of amyloid plaques by blocking the enzyme in the brain that makes them. These plaques are what kill brain cells and cause Alzheimer’s.

Eases the Pain of Multiple Sclerosis

A study published in the Canadian Medical Association Journal in May, indicates that marijuana eases painful symptoms of multiple sclerosis. Thirty patients with multiple sclerosis, with painful muscle contractions, were studied by Jody Corey-Bloom. These patients did not respond to other treatments, but after a few days of smoking marijuana, there were in less pain.

Other Types of Muscle Spasms could be Helped Too

Gupta also found a teenager, named Chaz, who is afflicted with diaphragm spasm, also known as Leeuwenhoek’s Disease, which causes non-stop spasming in the abdominal muscle. It is not only painful but hinders his breathing and speaking. Chaz was using medical marijuana to treat his condition, that was untreatable by other prescribed, and very strong, medications.

Smoking marijuana calms the attacks almost immediately, as it calms the muscles of the diaphragm.

Treatment for Hepatitis C infection is severe, as it is painful. Its negative side effects include fatigue, nausea, muscle-aches, loss of appetite, and depression which last for months. Many patients, because of the side effects, have not been able to finish their treatment course.

The 2006 study by the European Journal of Gastroenterology and Hepatology shows that 86% of patients using marijuana successfully completed their Hepatitis C therapy, compared to the 29% of non-smokers. This could be attributed to the fact that marijuana helps lessen the treatments side effects.

Marijuana also seems to improve the treatment’s effectiveness as the study shows that 54% of Hepatitis C patients smoking marijuana got their viral levels low and kept them low, compared to only 8% of nonsmokers. 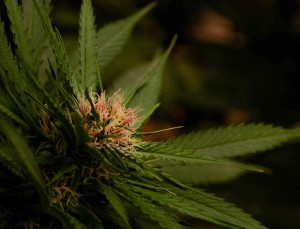 In 2010, researchers at the University of Nottingham found that chemicals in marijuana, including THC and cannabidiol, helped patients with inflammatory bowel diseases like Ulcerative Colitis and Crohn’s disease, an inflammatory bowel disorder that causes pain, vomiting, diarrhea, weight loss, and more. The study was published in the Journal of Pharmacology and Experimental Therapeutics.

Another recent study in Israel, showed that smoking marijuana significantly reduced Crohn’s disease symptoms in 10 out of 11 patients and resulted in complete remission of the disease in five of those patients. Other research has shown similar effects that cannabinoids from marijuana seem to help the gut regulate bacteria and intestinal function.

Researchers announced in 2011 that marijuana eases pain, reduces inflammation, and promotes sleep, which in turn, may relieve pain and discomfort for people with rheumatoid arthritis. Rheumatology units researchers at a number of hospitals administered Sativex, a CBD-based pain-relieving medicine to patients, and after a two-week period, these patients had a significant reduction in pain and improved sleep quality compared to placebo users.

Keeps you Skinny and Helps your Metabolism

On April 15, 2014, a study published in the American Journal Of Medicine indicated that marijuana smokers are skinnier than the average person and their metabolism and reaction to sugar is healthier, even though they do end up eating more calories. The study was based from the data from more than 4,500 adult Americans — 579 were current marijuana smokers and smoked pot in the last month, about 2,000 had used marijuana in the past, while another 2,000 had never used the drug.

Their bodies’ responses to eating sugars were studied. Not only are pot users skinnier, but their body has a healthier response to sugar.

Improves the Symptoms of Lupus

Systemic Lupus Erythematosus is an autoimmune disease where the body attacks itself for some unknown reason. Medical marijuana is being used to treat this condition because certain chemicals in the drug have a calming effect on the immune system. The rest of the positive impact of marijuana is most likely from the effects it has on pain and nausea.

Spurs Creativity in the Brain

This enhancement of creative ability may be attributed from the release of dopamine in the brain which lessens inhibitions and allows people to feel more relaxed and gives the brain the ability to perceive things differently.

Soothes Tremors for those with Parkinson’s Disease

Medical marijuana is legal in Israel for multiple conditions, and with strong support from the Israeli government, several researches in the medical uses of cannabis is conducted there. One of its recent researches show that smoking marijuana significantly reduces the pain, tremors and improves sleep for patients with Parkinson’s. More impressive was the improved fine motor skills among patients.

Helps those Suffering from PTSD

In some of the states which legalized medical marijuana, PTSD is one of the qualifying conditions in which patients can avail medical cannabis. In New Mexico, PTSD is the main reason for people to get a license for medical marijuana. Recently, the Department of Health and Human Services approved the proposal to study marijuana’s potential as part of treatment for veterans with post-traumatic stress disorder. This is the first time the U.S. government has approved a proposal that incorporates smoked or vaporized marijuana, which is currently classified by the government as a drug with no accepted medical applications.

Protects the Brain after a Stroke

Laboratory Research from the University of Nottingham conducted on mice and monkeys showed that marijuana, by reducing the size of the affected area, may help protect the brain from damage caused by a stroke. This is not the only research that shows the neuroprotective effects from cannabis as some other researches show that marijuana may help protect the brain after other traumatic events, like concussions.

May Protect the Brain from Concussions and Trauma

NFL Commissioner Goodell recently said that he will consider permitting athletes to use medical marijuana if medical research shows that it’s an effective neuroprotective agent.

Reduces Severe Pain and Nausea from Chemo and Stimulates Appetite

It is a known fact that cancer patients undergoing chemotherapy suffer from painful nausea, vomiting, and loss of appetite. This can cause additional health complications. One of the most well-known medical uses of marijuana is for people going through this painful process of chemotherapy.

Marijuana helps reduce these side effects, alleviates pain, decreases episodes of nausea, and stimulates the appetite. There are also multiple FDA-approved cannabinoid drugs that use THC, the main active chemical in marijuana, for the same purposes.

Can help those Trying to Cut Back on Drinking

Marijuana is safer than alcohol, much less addictive and doesn’t cause nearly as much physical damage. Alcoholism is a disorder that involves disruptions in the endocannabinoid system. For this reason, some people think cannabis might help patients with those disorders.

A research from Harm Reduction Journal exhibits that some people resort to marijuana as a less harmful substitute for alcohol, prescription drugs, and other illegal drugs. The most common reasons for this marijuana substitution, are the less undesirable side effects and the fact that it is less likely to cause withdrawal problems.

One thought on “Medical Benefits of Cannabis”